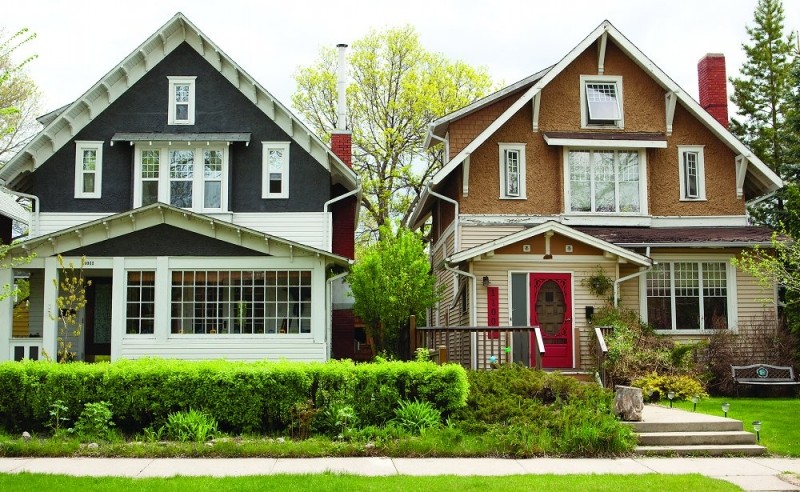 Westmount is an established central-west residential neighbourhood in Edmonton, Alberta, Canada. It is geographically close to the downtown core.

The neighbourhood is bounded by 111 Avenue to the north, Groat Road to the west, the Groat Ravine to the southwest, and the North Saskatchewan River valley to the south. Its eastern boundary comprises 124 Street south of Stony Plain Road, and 121 Street north of Stony Plain Road. The southern portion of the neighbourhood is also known as Groat Estates.

The community is represented by the Westmount Community League, established in 1951, which maintains a community hall and outdoor rink located at 127 Street and 109 Avenue.[6][7]

The large majority of the Westmount area is occupied by single family detached houses. This includes a large number of historic homes, often in the Craftsman or Four Square styles, in the Westmount Architectural Heritage Area (WAHA) and the Groat Estates area. The WAHA is bound by 107 St in the south, 127 St in the west, 124 St in the east, and 111 Ave in the north.[10] The Groat Estates are a peninsular shaped area in the southwest portion of Westmount, bound by 107 St in the north, 124 St in the east, the meandering Groat Road Ravine in the west and southwest and the North Saskatchewan River Valley in the south.[11]

124 Street, a major shopping destination, runs North-South through the east side of Westmount, and includes a number of mixed-use developments, condominiums and apartments. Thus, in terms of residential units, the most common type of residence, according to the 2005 municipal census, is a mixture of rented apartments and apartment style condominiums (54%). Single-family dwellings are the next most common (42%). Duplexes[12] account for another 3% of residences, and other types or residence account for the remaining 1%.