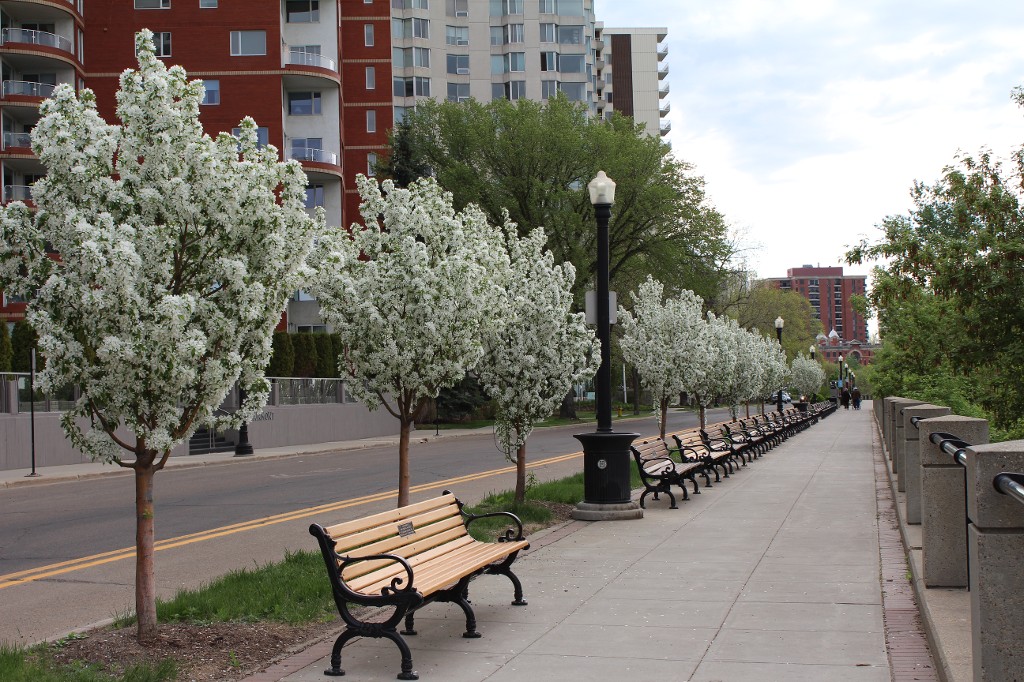 The north edge of the neighbourhood was once a Canadian National Railway right of way and rail yard. This part of the neighbourhood was recently redeveloped, and includes apartment buildings, the Oliver Square and Oliver Square West strip shopping centres, some old warehouses converted shops, and parking for the MacEwan University downtown campus.

The community is represented by the Oliver Community League, established in 1922.[8][9]

Oliver was early Edmonton's West End. As the city grew, Oliver became a central neighbourhood and underwent a significant amount of redevelopment. According to the 2001 federal census, most of the residences in Oliver were built in the 1960s and later, with only one residence in seven (14.5%) dating from 1960 and earlier. These buildings represent surviving structures from Oliver's early development.

In addition, there are a small number of duplexes,[13] row houses, and single-family dwellings.[12][14]