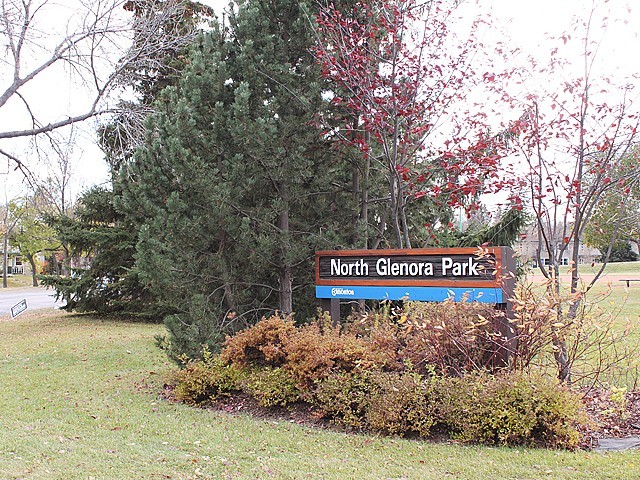 The community is represented by the North Glenora Community League, established in 1953, which maintains a community hall located at 135 Street and 109A Avenue.[6][7]

According to the 2005 municipal census, the most common type of residence in the neighbourhood is the single-family dwelling. These account for almost nine out of every ten (86%) of all residences in the neighbourhood. The remaining residences are divided almost equally between row houses (6%) and rented apartments in low-rise buildings with fewer than five stories. There are also a few duplexes (1%).[10] Three out of every four residences (75%) are owner-occupied while the remaining one out of four (25%) are rented.[11]

There is one school in the neighbourhood, Coronation Elementary School, which offers the International Baccalaureate Primary Years Programme (PYP).[12] A nonprofit society also operates the Elves program for special needs learning.[13] The North Glenora Community League operates a playschool in the Community Hall.[14]

Within the primarily residential community, Sunrise Learning, a private day and after-school program, operates out of the school. The North Glenora Community League also provides a playschool. A Presbyterian and Pentecostal church also provide community activities.

Westmount Centre, a major shopping mall, is located immediately to the north of the neighbourhood. Also located to the north is Coronation Park, the Telus World of Science and a branch of the Edmonton Public Library.